The Coastal Empire Sentinels decided that as a small club starting out that they needed something to draw people to their run.  So in 1997 they held the first Southern Coastal States Leather Contest.  Portions of the contest were held poolside at Jim and Dale's and at Club One Jefferson.  Winners were Mr. Victor L, Ms. Daddy Flo, and boy Chris P.  The following year the contest was held at Club One.  1998 winners were Mr. Shawn C., Ms. Paula Smith, and girl becky.  In 1999 the club did not hold a leather contest, letting the title holders keep their titles for two years.  The Sentinels did hold a Miss CES contest in 1999 to crown a representative from the Drag community, who was Christiana Sinclair.  In 1999 Shawn, Paula, and Chris competed at SE Leatherfest and won SE Drummer, SE Drummer boy, and Ms. Leather Pride as a Trident Knight Family.  Paula went on to be American Leatherwoman 2000.

The 2000 contest was held at Felecia’s and emceed by Tom Stice, International slave 1995, and Lady Samatha Claar, Ms. Leather Pride 2000.  The winners were Mr. Sir Rob Robertson, Ms. Lady D, and boy rob.    After the shock of a second president of the Sentinels passing away suddenly, the club dwindled and dissolved in 2001.  The boy disappeared, but Sir Rob, and Lady D respectfully carried their titles for thirteen years and elatedly passed them on in 2013 to Sir Wayne, and Ms. Eileen Sanders. The contest was emceed by Paula Smith and Bruce Ross and was held at Roy’s Hideaway.  Eileen had run against Paula many years earlier (in 1998) and was excited to accept the sash at last.  Again following in Paula’s footsteps, Eileen competed at ABW the year following her SCSL title year and became American Leatherwoman 2014.  In 2013 the boy was proudly filled by boy brian who had accompanied Sir Rob for years as Mr. SCSL's boy but not as SCSL boy.  Not having a boy to compete in 2014, he held the title for a second year.   The 2014 contest was again held at the Sentinel’s run at Roy’s Hideaway and was emceed by Paula Smith and Sir John.   The 2014 Mr. did not fulfil his obligations and his title was revoked and the Ms. turned in her patch in 2017.  The 2015 contest was again held at Roy’s Hideway, sashing Northman as Mr. SCSL and Brit as Ms. SCSL.  This pair incidentally had competed simultaneously before having won SE Rubber and SECBB respectively in 2014.  boy brian carried the boy sash one final year and stepped down in 2016.  The Coastal Empire Sentinel run was relocated to Rivers Edge campground in Dewey Rose GA and the contest for 2016 followed.  Peach from Columbia Leather Order brought a large contingent of club brothers and sisters for a very moving fantasy performance and was subsequently sashed Ms. SCSL 2016.  For 2017 the contest was not held at the club run, so that the run could be a casual campout, and was held September 30, at Connections Niteclub in Charleston.  This 20th Anniversary of the contest came full circle back to its origins of being held in a gay club.  Emceed by Monica Montgomery, the 2017 title famly was named, Sir Al as Mr. Cissy as Ms and Little Stevie as boy.  This family continues to serve as title year 2018 as well as into 2019 with the contest being moved to the Fall.

All are welcome to enter the contest (over 21) no matter their orientation even though it’s held in a gay bar, as many Leather events are, so long as they are comfortable and accepting and respectful of the individuals around them. 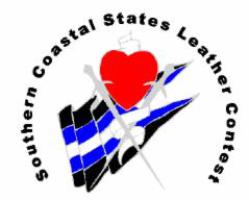 Applications will be accepted up to the last minute: 10pm Sept. 6.  Mailed or online aplication deadline is midnight August 31,  Last minute aplications will need to bring 8 copies of their aplication and picture, three hole punched and ready to go into folde as well as auction basket and aplication fee.  producer@cesentinels.org for mailing address and questions.

Downlod the contestant package for details as that document will become the winners'contract. Link: Contestant Package